The Beauty in Chaos and Complexity

To better understand integral philosophy and the foundation upon which my mission is built, let’s look at the concepts of chaos and fractals.

Not to be confused with the popular notion of chaos as hell on earth, the most well-known explanation for Chaos Theory is that of the butterfly effect. The theory shows how the flapping of a butterfly’s wings in Brazil can affect the course of a tornado in Texas. Or how the phenomenon of a rumor causes the stock market to fall, or a fast-spreading grievance ignites a city riot. In Chaos lingo, this effect is known as “sensitive dependence on initial conditions.” This basically means that even minute differences in input can quickly manifest as an overwhelming difference in output. Critical turning points exist everywhere in natural systems.

Nature is sensitive to and highly dependent on critical turning points and is full of incredible fractal patterns and systems. Trees, leaves, flowers, rivers, coastlines, mountains, geological fault lines, clouds, snowflakes, seashells, hurricanes, volcanoes, galaxies, feathers, sand dunes, neurons, the respiratory system, the circulatory system, the brain, time, and on and on. And dependent on initial conditions natural systems also produce fractal behavior over time or in dynamics. Earthquakes and tsunamis are common examples of fractal behavior, as are herd migrations and the murmuration of a flock of starlings.

So a quick definition: a fractal is a complexity, a never-ending pattern that repeats itself at different scales and creates fractal behaviors. This ability for repetition is called self-similarity and is created by repeating a simple process over and over in an ongoing feedback loop. Fractals exist in fractional dimensions and are images of chaos. Think of waves on the ocean or the branches of a mighty tree. And then understand everything about whom and how you are exists in fractional dimensions.

Fractals are extremely complex, often infinitely complex - meaning you can zoom in and find the same shapes forever. What you call your “thoughts” are fractals. When you zoom back through your life at various stages, you’ll see fractals of how you identify/identified yourself, privately and publicly.

Why do systems do this? Fractal systems have many more opportunities for growth, change and re-organization than linear systems because they are more robust - they hold together well under tough circumstances. Fractal systems are balanced between order and chaos because they are simple and complex. Human societies have rapidly evolved because of our fractal complexities. Consider our creation of language(s), music, clothing, architecture, mechanical technology, scientific advances on multiple levels, digital and integrative technology, and outer space explorations. None of these developments actually come out of linear reasoning. We have learned to force linearity on fractal complexities to maintain what we call “tradition.”

The world we are persistently trying to make static and traditional is continuously changing. You’ve seen how much “history” and understandings in archaeology have changed in recent decades. However, any system can become fractal on its own simply by putting a lot of system components together and allowing them to exchange information. This is called self-organization. For example, interpersonal relationships are organized as fractal systems. Think of a party and how it self-organizes. All you need do is come up with enough people at the same place and time and they’ll start to form complex patterns of connection with one another. Think of your family or friends at school or work as a “self-organized” fractal system.

Truth is most systems considered to be chaotic aren’t chaotic at all.

Chaotic systems are just not as predictable as the cause-and-effect kind of ideas associated with linear dynamics. Linear systems work within clear, definable limits where things add up to form a predictable outcome. In linear systems change is supposedly predicted by what has happened in the past. In nonlinear systems, change is discontinuous with sudden unpredictable jumps; sudden transitions resulting from dramatic reorganization – what is called coincidence or synchronicity. All kinds of unpredictable things happen when you get joint interactions between systems. Chaos is well organized though unpredictable by linear reckoning. 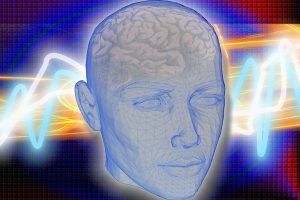 There is no better example of a highly functioning nonlinear system, a complicated matrix, than the exceedingly complex human brain.

In the 1980s scientists and physicians began to see the flaws in traditional postmodern pharmaceutical approaches to psychological and emotional suffering. Instead of healing the anguish and agony they had created prescription-drug addicts. The original studies considered the brain, our behaviors, psychology, and emotions from a linear perspective. But your brain is a fractal and any small perturbation of your brain produces waves upon waves of neuronal response. Small changes in reality can result in very large changes in your experience. Your reaction depends on the initial condition your brain brings to those changes in reality, and those initial conditions are constantly changing.

You have also established an outward identity, an ego identity, based on a linear perspective and have been forced to live life as an impostor, perhaps not even actually aware of whom you are down deep. You’ve designed your hopes, aspirations, and the effort to achieve your goals based on the linear perspective. Shifting your perspective to identify life as a constantly changing fractal, offers limitless possibilities on multiple levels.

Originally, the term “ego identity” was understood to indicate “an enduring and continuous sense of who we are.” This idea of ego allowed a person to believe they could merge all the different versions of oneself, all the personalities (the toddler self, the grade-school self, the sexual-teen self, etc.) into one cohesive whole. Then when unexpected disaster strikes there's a stable sense of self. That type of linear thinking at least understood there are different versions of the self. Think personality-fractals.

Of course, life upheavals cause many people to explore and redefine their ego identities. As a person grows older, the overall trend is toward identity achievement; but divorce, the death of a loved one, retirement, and other psychological shake-ups can make one question the very concept of "Who am I?" and "Who do I want my future self to be?" 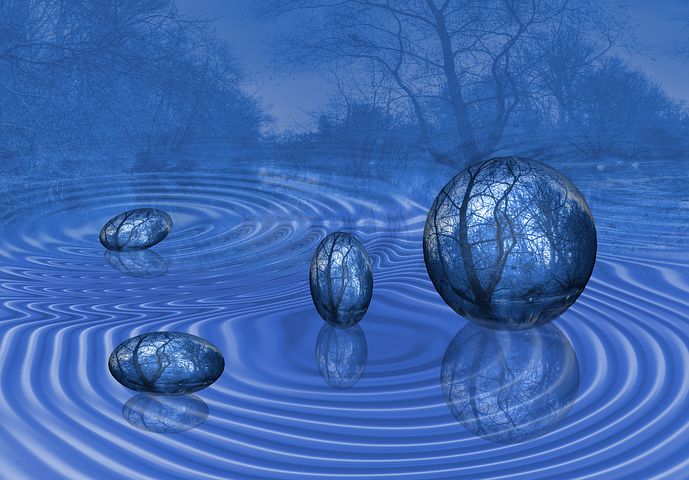 Everyone struggles with the existential question, "Who am I?" For people who are overly concerned with the impression they make, or who feel a core aspect of themselves, such as gender or sexuality, is not being expressed, or who are adult survivors of ACEs and or sufferers of PTSD, this struggle is acute and deeply rooted.

The real problem is our inability to literally see all the parts as already whole in a system made up of multiple layers, innumerable levels, unlimited fractures, and interlocking dimensions.

Each of your identities is self-organized, self-replicating with detailed self-similarity. This is going on consciously, mostly unconsciously, in your bodily, emotional, and neuronal systems.

Now add memory to the matrix that helps make us who we are. Without the help of memories, we would struggle to learn new information, form lasting relationships, or function in daily life. And, memory is malleable. It tends to decline naturally as we age and can be corrupted by secret-holding, dementia, brain injury, trauma, or chronic stress.

Even without impairment, human memory is notoriously untrustworthy because of enforced linear processing. Studies show that people can be easily persuaded to conjure false memories—even suddenly “remembering” they committed a crime that never actually occurred—while events that did occur can’t be recalled with perfect accuracy. We can thankfully say, memories are absolute fractals and therefore can be improved, even in old age.

From eccentric and introverted to boisterous and bold, the human personality is a curious, multifaceted thing consisting of programmed ego identity, unconscious emotional triggers, and a myriad of memories commingled with familiar and societal fears. However, because personality is so pervasive and all-important it presents a paradox of sorts. It is hard to accurately assess one's own personality yet impossible to overlook that of others. We don’t usually perceive others the same way they perceive themselves. We don’t usually perceive ourselves the same way we are perceived by others. Each person is a unique mix of fractal characteristics; each person is a magnificent matrix.

Everything about your life is a naturally recurring self-organized fractal, a miracle by design, beautiful beyond your current imagination!

In the past 20+ years psychological research has found increasing examples of fractal patterns across multiple domains of psychology. We’ve learned that fractal personality structures and relationship systems help us grow and connect. Each has direct influence on physical health by encouraging integration and flexibility among circulatory, respiratory, and immune systems. But many fractal relationship systems can also stunt growth and create a disconnect loop. Adult survivors of ACEs and individuals who experience PTSD know the value of inhospitable relationship fractals.

Today, some psychologists and social scientists propose that chaos and complexity are the basis for an evolved postmodern self. In stark contrast to the modern individual who objectively discovers the machine-like workings of the universe, is the postmodern being, a self-contained individual able to uncover the many Truths within the One.

The internal shift from a chaotic perspective to an utter sense of awe at the beauty that is actually you, the potential of seeing beyond what appears to be limitations, is what my mission is about.

But before I offer my services for shifting your perspective and ways of thinking, let me introduce you to the Queen of fractals, the Mandelbrot Set.

The Mandelbrot Set is a magnificent non-linear approach to understanding the depth of your multidimensionality, to discovering the real you, your postmodern self. The Mandelbrot Set is an abstract fractal generated by a computer calculating a simple equation over and over. This is remarkable revelation because humanity has evolved as a species to grasp the mathematics required to generate these magnificent abstractions. Click on the link below to experience a Mandelbrot Set; and keep in mind your entire life experience is much more remarkable.

Much like Russian Nesting Dolls, we all experience multiple identities just like a Mandelbrot Set. And we can zoom in and out of any number of self-similarities. Walt Whitman said it best when he wrote, "We contain multitudes," referring to the fact that we see ourselves radically differently in different contexts. The reality of the Mandelbrot Set offers the opportunity to experience the beauty embedded within one’s personal chaos.

Stop and consider your life for a moment. Is it so chaotic that it offers you an opportunity for tremendous change and complexity, for being your postmodern self? Or do you finally have your life so organized, so predictable, so mapped out that you’re at risk of  any number of complexities, all of which you hope you are prepared for or that your insurance will cover? 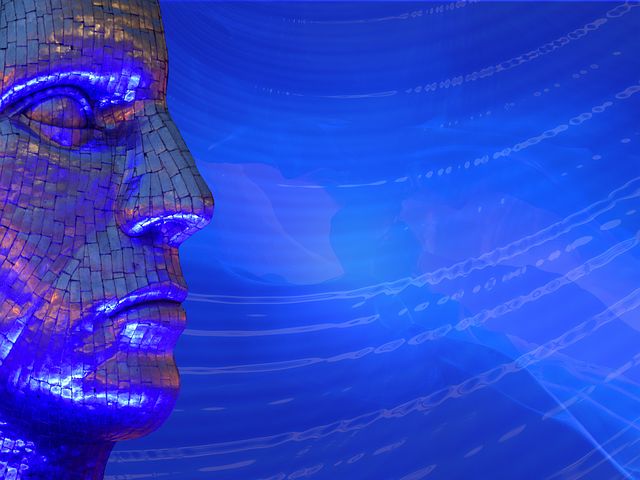 My mission is to open you to being your Post Modern Self, an open human system of consciousness, dependent on context, always in a state of becoming, actively integrating new information and exchanging that information with a changing environment.

My mission is to assist in the evolution of humanity by awakening folks like you to their fuller reality, the limitless, unconditionally beautiful reality we have evolved to be capable of. But creating a collective of postmodern awareness of the innate beauty of humanity requires the transcendence of each individual one person at a time. It’s rather like the transmission of the flu. Love, peace, and beauty are contagious, as contagious as fear, anger, and animosity. And everything is a fractal or capable of fractalization. We can create self-sustaining peace on Earth by shifting from linear, limited thinking to non-linear, unlimited fractal awareness. 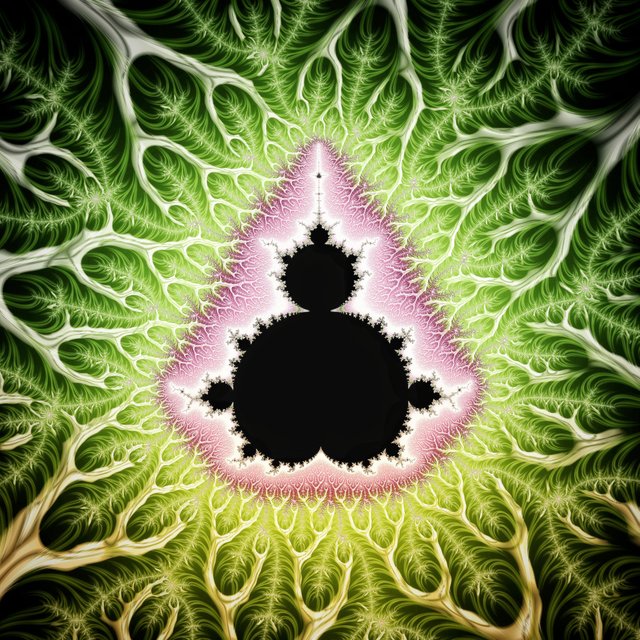